INZ Visa extensions – a lifeline or a goodbye gift for migrants?

Automatic visa extensions – a Lifeline or a goodbye gift to migrants on Essential Skills work visa?

We posted on our Facebook page on 20th Dec 2020 when Immigration Minister Kris Faafoi announced 6 months visa extensions for employer-assisted work visa holders. Meaning that if you are on an essential skills work visa and your visa is going to expire before 30th June 2021, your work visa will be extended for another 6 months.

But wait…. Is it actually good news or bad news for migrants? Is it a trap to lure people in so that they don’t apply for their visa now and only apply when the Govt. has introduced their new work visa policy which is going to replace the current Essential Skills work visa policy?

3 Reasons why the extensions are not so good for everyone

As per the latest survey conducted by KEA (short for Kiwi Expats Abroad) and as per One News by TVNZ, up to half a million Kiwis who are living overseas could come back to live in New Zealand.

For a country that claims to be a team of 5 million, soon the team is going to be close to 6 million.

Now let’s look at some figures for migrant workers who are on employer-supported work visas.

Govt says that there are a total of 83,000 migrants on Employer assisted work visas (as at Dec 2020). These are all the migrants who are principal applicants whose visas will be auto extended along with their partners and dependent children.

Now it is not going to be the case that all of those returning NZers will take up all the jobs away from migrants, BUT it will have a serious impact on the labour market scenario

Number 2: Visa extensions are being granted to help Kiwi employers and not migrants

The govt. doesn’t have any plans for Amnesty or neither are they planning to grant a residence visa to all visa holders onshore. The govt’s message is clear. Migrants only meet a temporary need of the country and when they don’t have a job to fill, they need to pack their bags and GO to their homes.

When the minister announced these visa extensions, he clearly stated that their focus and priority remain to help NZ into jobs.

So actually, these visa extensions are only aimed at helping employers not the migrants.

Govt. has also clarified that they are going to increase the median wage to $27 per hour from July 2021. This means that any employer who is willing to retain or hire a migrant worker needs to pay $27 per hour to a migrant. Even if the current market rate is $22 per hour for such a role.

Now, this is where things start to get tricky.

Let me tell you a story about Stuart. Stuart is a kiwi employer who currently runs a small business in Pukekohe, Auckland employing 5 full time employees (who are NZers) and are all getting paid $22 per hour as per the current market rate for the role. Out of these 5 workers 1 resigned. Stuart made his best effort to hire a suitable NZer for the role but was not able to hire anyone. He kept on advertising the role and finally he found Nishant, a dedicated migrant worker, willing to go an extra mile. Nishant was approved a 3 year work visa working for Stuart. Now Nishant has been working for Stuart for last 2.5 years. Nishant’s visa is about to expire and Nishant needs to apply for a new work visa under Essential Skills work visa policy. If Nishant wants to get a 3 year visa and applies for his visa before July 2021 , Stuart will need to offer him $25.50 per hour.

But wait, Nishant has heard about good news. Free visa extensions as announced by the Immigration Minister on 20th Dec 2020.

Now imagine, if Nishant takes this visa extension, and wants to apply for a work visa under the new work visa policy, which is likely going to be introduced in July 2021, then think about this:

This is exactly what the Govt. is hoping. 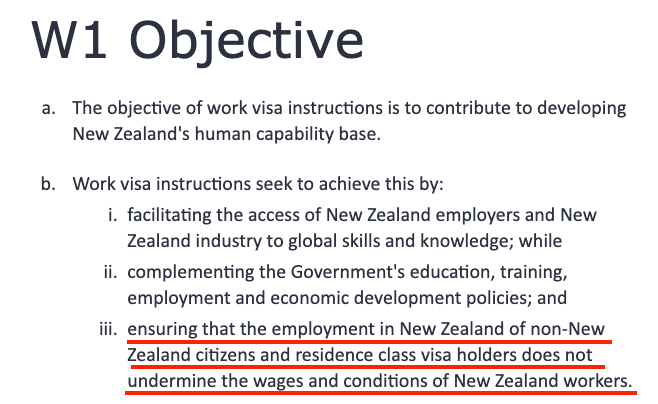 So, the question is, as a migrant what are your plans? Are you going to relax and enjoy these 6 months?

My answer to you is:

If you are getting paid $25.50 per hour or more, then you should consider applying for your further work visa under Essential Skills as soon as possible.

And if you are getting paid less than $25.50 per hour and are unlikely to find a new role where you could be getting paid $25.50 or $27 per hour, then you need to start planning your options. These options could include retraining, studying again to become more employable in the changing job market of New Zealand

Either way, the time to ACT is NOW. If you want to discuss your personal circumstances with one of the expert Immigration Advisers and Career Mentors at Carmento, book an appointment today.

Prefer a one to one appointment?